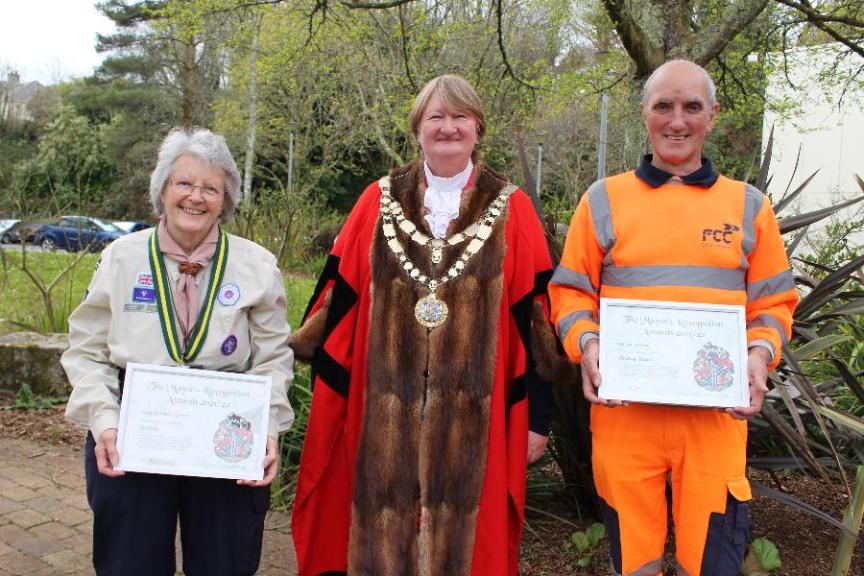 The Borough Council is looking for outstanding people who deserve public recognition for their unpaid work or contribution.  Whether an individual, group or an organisation, the Council wants to hear about them.

The Mayoral Awards have now been running for a fantastic 25 years. They have celebrated the outstanding achievements of a wide range of people who have done something significant to benefit the Borough.

Some past winners have enhanced the reputation of West Devon nationally, while others have contributed hugely to the conservation and protection of the Borough's beautiful natural environment.

The four categories this year are:

The Long Service Award, which was introduced for the first time last year, recognises those who have worked behind the scenes, contributing to their community over a number of years.

The Green Award covers a wide range of environmental or sustainable areas, such as recycling, improving biodiversity or green transport. If you know someone who is 'green fingered' or doing their bit to combat climate change, this award is a great way to celebrate their achievements.

Mayor of West Devon, Cllr Caroline Mott, said: "With life difficult for many it is even more important for us to value and recognise those who strive to make a difference in their communities.

"Please use this opportunity to nominate someone who has made a difference in the Borough so that they may be considered for an award. It is always a joy to read through the nominations even though it is a difficult task to name a final winner.

"All those nominated will receive a certificate to recognise their endeavours with the winners invited to receive their award after the Hub Committee meeting on Tuesday 7 March 2023."

Judges will include the Mayor, Deputy Mayor and two other Councillors. The winners will receive their awards at a ceremony planned for Tuesday 7 March 2023 at the Council Offices, Kilworthy park, Tavistock.

If you know someone who you think is deserving of an award, you can complete a nomination form, giving us details of why you think they should receive one.

To access the nomination forms and for more information visit: https://www.westdevon.gov.uk/mayors-awards