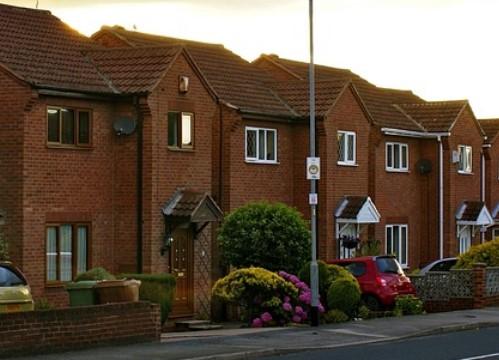 West Devon Borough Council proudly announces funding of over £300,000 to support accommodation for the Borough's most vulnerable tenants, as part of a housing improvement programme.

The funding, part of £20m awarded by the Department of Levelling Up, Housing and Communities and will be spent over three financial years (2022 to 2025).

Following an investigation, which took place over three-years into poor practice locally from third party providers, West Devon has been campaigning for reforms to the supported housing sector.

Cllr Neil Jory, Leader of the Borough Council, presented evidence to the Levelling Up, Housing and Communities Committee in March, streamed live on Parliament TV. Along with the support of local MPs, this small rural Borough Council has used their voice on both the national stage, and locally across the county, called for essential change.

At the forefront of this change and with the funding available, the Council can now be part of the solution to improve accommodation for some of the most vulnerable tenants.

Supported housing allows vulnerable members of the community, including older people and those with a learning disability to live independently in provided accommodation alongside support, supervision or care. This helps people to live as independently as possible within the community.

However, due to a loophole in housing benefit regulations, some landlords providing accommodation for people who require support can, in certain circumstances, claim an uncapped amount of housing benefit. It is known as, Exempt Accommodation.

Locally within the Borough, there are examples where vulnerable people's rent has been in excess of £300 per week for a small room within a shared house. A shocking example of exploitation of the system and one that the Borough Council was not willing to accept.

The funding awarded will pay for a task force whose entire focus will be to scrutinise housing benefit claims in greater depth. They will also develop an inspection regime to make sure properties are of the highest possible standards. There will also be increased regulation to ensure unscrupulous providers are discouraged from coming to West Devon.

Cllr Neil Jory, Leader of West Devon Borough Council, said: "I am delighted that our campaign to prevent the provision of supported housing for some of the most vulnerable people within society being used to generate unjustified profits for unscrupulous investors has been recognised. It is additionally pleasing that West Devon has been given the opportunity to take part in this pilot scheme to help shape the future of this type of provision."

Devon County Council and South Hams District Council both contributed to the funding bid. It is anticipated that recent experiences in West Devon will benefit learning, not just across Devon, but also across the country resulting in reforms to the Housing sector.

Cllr Judy Pearce, Leader of South Hams District Council, said: "I really commend the Leader of West Devon Council for bringing this problem to national prominence and hope now that the government will take reform of this dreadful situation very seriously.  This is an excellent example of our partner Borough Council punching well above its weight. Well done to them."

Councillor James McInnes, Devon County Council's Cabinet Member with responsibility for adult social care said: "For too long, a loophole in the benefits system has allowed landlords of supported living accommodation, homes to some of our most vulnerable adults, to claim uncapped levels of housing benefit towards rental costs.  Until now, this practice has continued with insufficient checks and balances to ensure an appropriate standard of accommodation, and some landlords - thankfully the minority - have charged higher than market value rents knowing that it would be claimed through housing benefit.  In short, some landlords have taken advantage at the expense of tenants and tax payers.

"This funding will enable West Devon and South Hams District Councils to carry out the checks and balances to ensure that supported living accommodation is of required standard and that the rentals charged are reasonable and fair."

You can find out more about the Supported Housing Improvement Programme here: