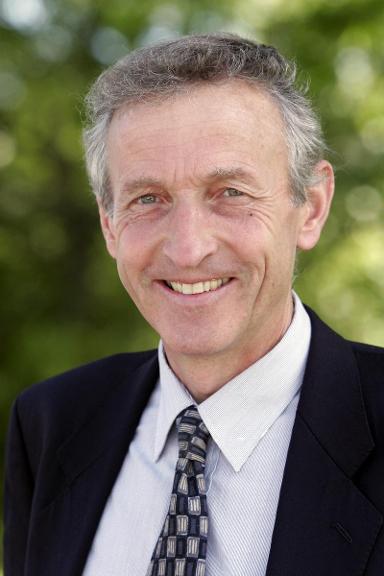 Robin was elected in 1991 as Ward Member for Bere Ferrers, a role he held until 1995. He stepped down from office for a short while, but in 2007, he decided to stand for election again.

Robin was then re-elected repeatedly at every local election until he stepped down in September 2021 due to ill health. A testament to his admiration locally.

During his 30 years with West Devon Borough Council, Robin was a member of the Overview and Scrutiny Committee and was also appointed West Devon's Mayor between 2012 and 2013. Roles he undertook with his typical attention and quiet dignity.

Robin had a background in the IT sector for most of his career, while in a voluntary capacity; he also worked with young people throughout his adult life.

However, over the past ten years, he changed his work life focus to help young people reach their potential and re-trained as a teacher. He taught IT to older students at Kilworthy school.

In his leisure time, Robin enjoyed spending time on the water and was a founding member of the Tamar and Tavy Gig Club and Weir Quay Sailing Club. He was also Chair of Tavistock Athletics Club for seven years and for many more years, he enjoyed dedicating his time to coaching the young athletes.

He was also particularly involved in the Duke of Edinburgh Award Scheme where he was an assessor and a member of the Tavistock and District Youth Forum.

He loved being surrounded by young people, and dogs, and enjoyed all kinds of outdoor activities ranging from running, swimming, climbing, sailing, canoeing and of course, days out walking on Dartmoor.

Cllr Neil Jory, West Devon Borough Council's Leader, said: "Robin was a real gentleman and was liked by all who knew him. He was a councillor for many years and was well respected for his integrity.

"He did an enormous amount to champion young people across West Devon during his time as a councillor and throughout his lifetime. His passing is a great loss and the expressions of sadness we have received, demonstrates the kind and thoughtful man he was and the impact he has had on all around him.

"Our thoughts and best wishes go to his wife Jane, and his family and friends at this very sad time."

The funeral will be held at 2 p.m. on Friday 18 November at St Andrew's Church, Bere Ferrers. All are welcome to attend.