Have a Gander at Tavistock's Clean Streets 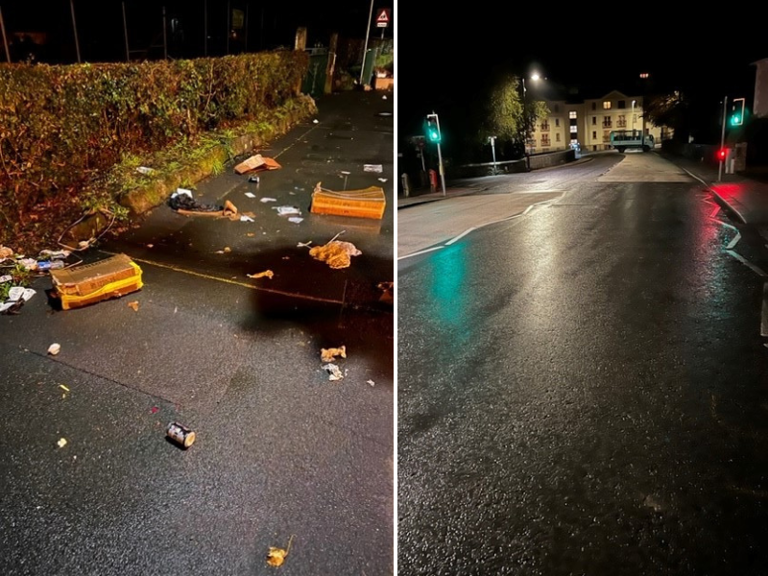 Would you believe the before and after photographs from Wednesday's Goose Fair following the brilliant overnight clear up on Thursday?

The Goose Fair that hasn't been held in the past years due to Covid and usually brings thousands of extra visitors to the town, along with fairgoers and stall-holders.

Long after everyone had packed up after the busiest day of the year, the Borough Council's contract workers moved in for a big clean-up operation in the early hours of Thursday morning. Nearly seven tonnes of rubbish was cleared within an extremely short space of time.

To make sure that the streets were spotless for residents and businesses starting their day, the clean-up team worked against the clock.

In just four and a half hours, 23 staff had all the streets and surrounding parks and gardens around the centre of town clear of waste.

Cllr Lucy Wood, West Devon Borough Council's Lead Member for Environment, said: "The FCC team do such a valuable job of the clear up without much fanfare or recognition. It's always just expected that it will be magically cleared without a thought to how or who does it. But, it's not much fun to work overnight and to face such a big clear-up operation.  The workers take great pride in it though. In how clean the area is and how quickly they can carry out the clear up.

"It is great to see the Goose Fair back and as always thanks go to those who responsibly dispose of their waste, both those visiting the fair and to of course the stall-holders. It's really appreciated!"

FCC Environment Regional Director, Steve Longdon said: "Residents of West Devon have come to expect high standards when it comes to the cleanliness of their streets and rightly so. But large scale public events are always a challenge and I am proud to say that our team, working alongside council staff, did a fantastic job long into the night to ensure it was business as usual the next day after another successful Tavistock Goose Fair."