Angela Blackman has been announced as the new West Devon Borough Councillor for the Bere Ferrers Ward, following a by-election on 18 November - winning by just a single vote. 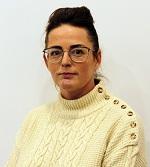 Mrs Blackman, representing the Conservative Party, secured 362 votes, winning with 32.47% of the vote. She finished just a single vote ahead of the Labour Party candidate, Isabel Saxby, who secured 361 votes.

The election was called following the retirement of Robin Musgrave, who represented the Liberal Democrats and had held the post since 2007.