A Plan for West Devon - To be discussed by Full Council 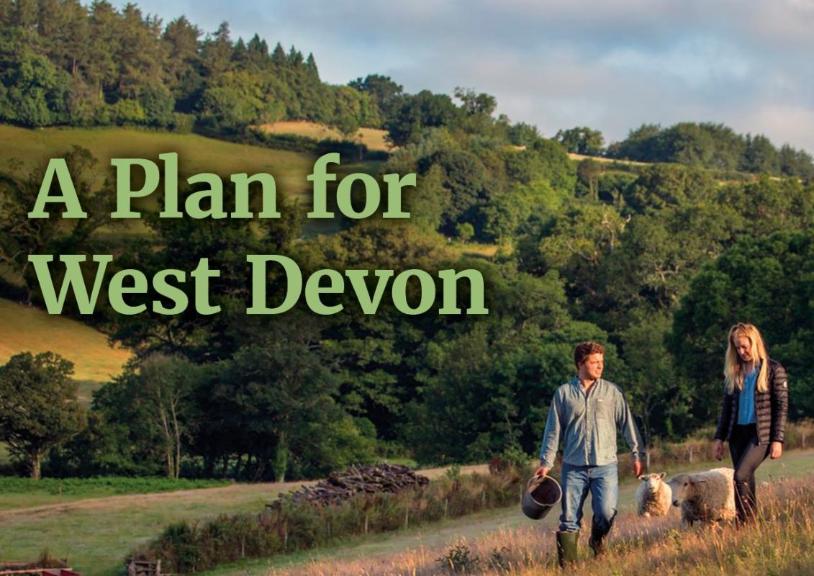 "The Plan for West Devon", described by Leader Cllr Neil Jory as "an impressive and useful document, framing the themes and objectives that West Devon Borough Council feels are important" will drive forward the Council's priorities over the coming years.

Cllr Neil Jory, Leader of West Devon Borough Council said: "I'd like to thank everyone for taking the time to share your thoughts and for helping us to create a plan that will make a difference.

"From my fellow councillors and other key stakeholders, to businesses and residents, your comments mean every community has had a chance to make their voice heard.

"This is an important piece of work that now has thematic delivery plans. These identify the specific projects, tasks and targets that the Council will be working on over the next three years."

The plan will be a working document that is amended and updated as time goes on by member led advisory groups. These groups can react to changing priorities, look to the future and ensure that the document remains relevant and reactive.

"A Plan for West Devon" has been developed in consultation with partners, including Devon County Council, town and parish councils, local businesses and residents.

Devon County Council have noted the synergy between their emerging plan and West Devon's, which bodes well for future co-operation on a number of important issues, particularly those where Devon County is the lead authority.

Early on in the consultation, local councillors shared their ideas and priorities to make sure each community need was represented in the draft plan. Feedback from previous consultations on core issues such as climate change and housing was also incorporated.

This summer, people who visit, live or work in the Borough also shared their views on priorities for action, through a choice of targeted surveys and polls. Questions focused on core areas including housing, rural poverty, sports facilities and economic growth. The feedback has been used to ensure the 20-year vision for West Devon truly meets local needs.

It is clear from the responses that poor transport links, lack of truly affordable housing and low paying jobs are of concern. These all have a specific focus within 'A Plan for West Devon' and are included in actions within our thematic delivery plans.

Of those surveyed about businesses, 44% felt optimistic about the future of their business in West Devon.  Meanwhile one of the largest areas of concern for businesses within West Devon was the ability for businesses to hire the right people, with over a third of respondents highlighting this as a concern.

"A Plan for West Devon" highlights a series of projects, schemes and focus areas designed to make life better for everyone. These include improving access to broadband and travel links to keep remote communities connected as well as a focus on meeting local housing needs.

PROJECTS AND ACTIVITIES HIGHLIGHTED IN THE PLAN

The Plan highlights a number of projects and tasks that will help to achieve the Council's vision of improved wellbeing for all. General focus areas include strengthening communities, stimulating a thriving economy and creating an environment where people and nature flourish together. The plan also outlines a number of specific activities that will take the first steps towards achieving this vision. These include: