This website uses cookies to provide additional functionality and to help us to continue improving our online services.

Changes to West Devon's polling stations ahead of local elections 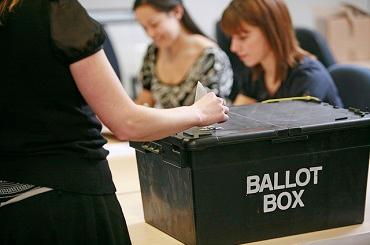 Several of West Devon's local election polling stations are changing this year - see if your polling station has changed and consider whether you want to vote by post ahead of the elections on 6 May.

Preparations are being made in earnest ahead of the Police and Crime Commissioner elections and Devon County Council elections being held next month. Measures like those you've seen in shops and hospitality venues are being put in place to make sure that turning out to an election booth this year will be safe and secure, such as hand sanitiser, floor markings and a requirement to wear face masks indoors. You may also be asked to queue at a safe distance when you arrive to your polling station.

As part of preparations here in West Devon, there have been changes to some polling stations. These are:

The name of your polling station will be on your polling card, which have been sent out to residents across the borough. If a change in venue makes voting more difficult for you, or you would rather not attend a polling station this year, it's still possible to arrange a vote by post. The deadline to apply for a postal vote is 5pm on Tuesday 20 April. You must also be registered to vote by midnight on Monday 19 April.

To apply for a postal vote, you need to download, print and fill in the postal application form from the Electoral Commission website.

Once completed, you should return the form to the West Devon Borough Council electoral team at the following address:

For further information on voting at the May local elections, visit the Electoral Commission website.